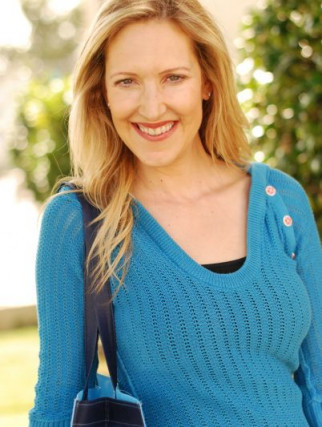 LauraLee was raised in the suburbs of Washington, DC. As a young girl, she was full of energy. She began taking tap, ballet and jazz lessons at age 3 with her sister. Guitar, gymnastics, and girl scouts were soon added to her activities. At 10, she decided to add ice-skating to the list. Throughout high school she skated competitively and had the opportunity to skate in Lake Placid, NY on the rink where the 1980 Olympics took place. Also in high school, she was selected to represent a local mall on their fashion panel where she started modeling. She then modeled in New York City and Washington, DC for several top designers.

Education has always been an important part of her life. After high school, LauraLee knew business would be important part of any career she chose. She attended and graduated from Gibbs Business School. Then she decided to continue her education at Montgomery College. There she decided to take an acting class and was bitten by the acting bug. After graduation, LauraLee married Jon Burleson. They decided to continue their education and transferred to Keene State University in New Hampshire. LauraLee would commute to Boston and New York City for acting and modeling jobs.

When LauraLee and Jon moved back to DC, she got the opportunity for a role in the Kirstie Alley and Tim Allen film, “For Richer or Poorer” and “Pecker” with John Waters. After, numerous independent films, local commercials and tons of industrial films for the US government, and several plays, they got the opportunity to relocate to LA.

After arriving in LA, LauraLee immediately began acting. She booked the first commercial she auditioned for, “First Tennessee Bank”. Since then, there have been lots of audition and callbacks!  She studied with Anthony Meidel founder/owner of Anthony Meidel’s Actor’s Lab and is a graduate of The Second City Hollywood's conservatory program as well as their Long Form program.  As a member of the sketch comedy group "Hilarity Over Therapy", she performed at iO West, Second City Hollywood and other venues around town.  Her dancing mom Big Lots! commercial for Hostess snack cakes “Mostess” #thriftisback can be seen on YouTube as well as on TLC as a crying/distraught mother of an injured pole vaulter in Roma Downey's "Answered Prayers".  She is a founding member of the Whitefire Theatre Company in Sherman Oaks and performs in the ”Comedy Shorts" series, currently in rehearsals for the "Fall Shorts" opening in September 2018 and running Tuesday nights through the end of November.  LauraLee “Loves LA”!